Exercise program helpful for patients with long-lasting low back pain 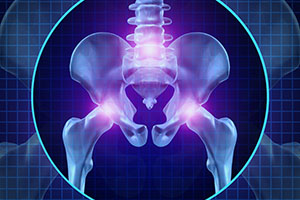 Extremely common condition is even more burdensome when it becomes chronic

Low back pain (LBP) is one of the most common conditions out there, as 80% of the population will experience it at least once. In about 7-10% of these patients, LBP doesn't improve and becomes chronic (CLBP), meaning it lasts for more than three months. CLBP is often a serious and costly burden, as it's not only painful but also affects normal functioning. For these reasons, it's important that patients with CLBP exercise to increase strength and flexibility to reduce pain and improve functioning. The CORE exercise program seeks to do this with a variety of exercises that can be performed at home, but its effects are not yet clear. For this reason, a study was conducted to better determine the impact of the CORE program on CLBP patients.

Patients were recruited who had CLBP without a history of other back problems or surgery, and 30 responders fit the inclusion criteria and were used. These patients were randomly divided into either the CORE or control group. The CORE program consisted of muscle strengthening exercises designed to improve the stability of the lower back, increase endurance, and correct posture and was administered in 30-minute sessions three times a week for four weeks. The control group received routine care but didn't go through the CORE program. All patients were assessed before and after the intervention for pain and active range of motion (AROM), the amount a patient can move their lower back without assistance.

CORE program leads to improvements in pain and AROM

Patients were evaluated for pain at rest, during movement, and following treatment. The CORE group experienced significant decreases in both measures when compared to controls, and sustained them after the experiment. Similar improvements were seen in AROM, as the CORE group's flexibility increased significantly after the intervention. Based on these findings, it seems that the CORE exercise program is effective for reducing pain and increasing AROM in patients with CLBP. Considering the small size of the study sample, more research is needed to validate these results, but medical professionals should consider including such a program in treating patients with this condition.