Perceptions On Low Back Pain and Exercise In Older Adults 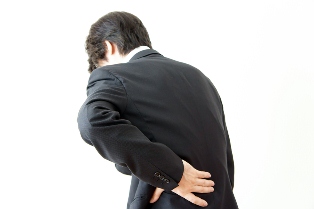 Advancements in health-related technologies in recent times are one of the main reasons people in developed countries like the U.S. are living longer lives. The average life expectancy is very high now and continues to improve on a steady basis, and as a result, more attention has been given to improving the quality of these longer lives and addressing health problems later in life. One of the more important areas of focus is on managing and preventing pain and disability in the elderly population. Low back pain (LBP) is one of the most common pains experienced in adulthood, and a recent study has released important new evidence on how it's managed, and how older people feel about the best ways to treat it.

The study sent out surveys to 45,959 patients over the age of 25 to get an idea of how much LBP they experienced and how they dealt with it. Only 33.2% of patients responded to the survey, but this was still a large number of participants. The findings of the study showed that the prevalence of LBP actually seems to decrease after middle age, but experiencing LBP in addition to high levels of pain-related disability continues to increase later in life. It's this disability that poses the biggest concern for elders, since it usually prevents them from leading a normal and active lifestyle. In addition to this, the management of LBP for older adults seems to have some flaws. Results showed that most elders seek a general practitioner (GP) for managing their LBP, but most were prescribed pain medication, while few were referred to a physical therapist (PT) or prescribed exercise therapy. The trend seemed to be the older a patient was, the more medications were used versus non-pharmacological treatments. Since PT and exercise therapy are often regarded as more effective than medications, it appears management for LBP may not be addressed properly by many GPs.

The exact reasons PT, including exercise therapy, was not used more often for LBP is open to speculation, but one possible explanation is that it may actually reflect the views and experiences of the older patients themselves. Older patients were less enthusiastic than younger ones about receiving exercise therapy and expected less to come from it, and they were also more likely to have had exercise for pain in the past. It's therefore possible that many older adults are afraid of exercise therapy and don't think it will be effective for their pain, and they may prefer simply taking medications over exercising. This makes it necessary that GPs and PTs take the time to explain in more detail what exercise therapy consists of so patients are clear on what it is and aware that they're capable of doing it. The next and final important finding of the study was that many participants in the study felt that their LBP was seen as a reason not to exercise rather than a condition that should require them to exercise. Other studies have found similar problems with osteoarthritis (OA), another common and painful condition in which the wearing away of cartilage around the joint leads to disability. The studies show that many patients with OA worry that exercise can damage their joints more, when in actuality, evidence supports exercise as an effective and important treatment for OA. Since LBP and OA are the most common causes for pain and are responsible for limiting physical activity in older adults, addressing these gaps in understanding proper treatment is of extreme importance. The false perception that pain from LBP or OA means exercise and physical activity are not possible needs to be challenged and put to rest in both the general public and for those in the healthcare industry. Instead, the concept of "moving for pain," which means getting active regularly in spite of the pain to help alleviate it needs to be promoted. By accomplishing this shift in the scales, there can be a major transformation in the overall perception of pain and exercise in the elderly population, which could help older adults lead a more active life, take less pain medication experience fewer limitations. A trend in this direction can certainly set a new precedent for the rest of the world to follow.

-As reported in the Oct. '11 edition of Pain